Deep transformational processes start to unfold as a result of Thinking at the Edge. This year-long class is designed to allow those changes to develop fully within a supportive group.

In Focusing partnership, the Listener doesn’t have to understand the details, the “story”, or the context behind the Focuser’s expressions. The Listener relaxes into knowing that the felt sense is leading the Focuser along the road to truth.

A Process Model can show us how to describe Focusing in a new way. All Focusers have the same problem: how to communicate what Focusing is. We can say “Focusing accesses the wisdom of the body.” Or “Focusing is a way of getting to know how you really feel.” If you have done Focusing, I’m […]

People all over the world need mental healthcare and it is not available. The conversation about how to fill that need often ends with “We can’t possibly pay for it.” This is because the current treatment model relies on professionals with extensive training in mental health diagnostics and treatment. Focusing Trainers can address this need.

The “kindness” fostered by Thinking at the Edge I recently attended the Gendlin Center’s online symposium, Saying What We Mean. At the gathering, the Embodied Critical Thinking project (ECT) demonstrated how they create an environment in which meaning can be expressed and grow. The group uses Thinking at the Edge (TAE) as one of their tools. […] 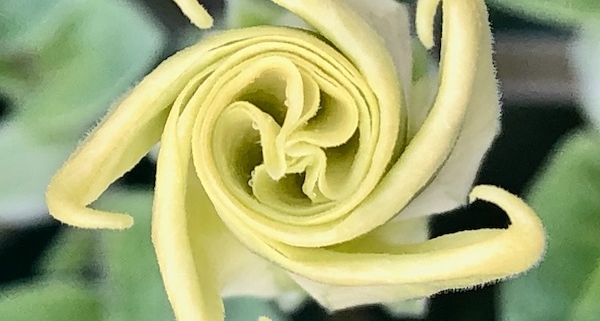 Many of us will not be able to get together with loved ones the way we’re used to during the holiday season. But the holidays can be a propitious time for connecting with others and experiencing the joy of TAE.

Thinking at the Edge (TAE) empowers us because it shows us how to think and speak from what we know from living.  Teaching TAE brings me joy and faith in the future of humanity. I love to see the smiles on my student’s faces as they discover their own ability to generate ideas from their experience.

In this article, first I’ll lay out the problems with the common concept of what thinking is, then I’ll attempt to explain the new way of thinking that happens in Thinking at the Edge and give some examples. Next, I’ll show how Gendlin’s Philosophy of the Implicit takes us beyond the helplessness and despair of Postmodern philosophical theories that deny that we can say what we mean. After that, I’ll give an example of how Thinking at the Edge has empowered me. Finally, I’ll give you a short guide on how to practice TAE for yourself.

The personal is political. What does that mean?

Trump’s current attempt to exploit fear in order to convince people to vote for him is one manifestation of “the personal is political”. This tactic has been used by dictators the world over.

For example, behavioral science is being used to “market” political candidates and opinions. According to the New York Times, the 2016 Trump campaign used Facebook data to create “a behavioral model powerful enough to manipulate people’s activity and, potentially, sway elections.”

If your Facebook personality profile showed that you were fearful, you’d get a message about how dangerous immigrants were. In 2020 you’ll probably get a message that “you’ll never be safe” if the Democrats win the election.

As a result of this successful combination of behavioral psychology and marketing, our political system is not based on reasoned arguments. This form of manipulation appeals to knee-jerk reactions.

You can move beyond these emotional triggers by learning to notice your bodily felt sense of a situation.  You’ll learn how to “accompany” your emotions from a place of “Presence” so that you can be aware of what is going on inside without being overcome by it. Focusing puts you in the driver’s seat of your life. 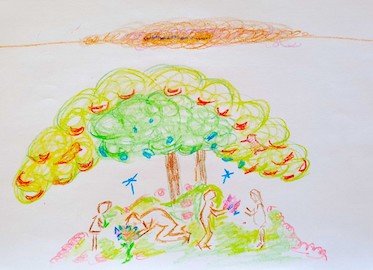 Thinking at the Edge (TAE) has helped me move from feeling powerless about climate change to a place of hope, with clear steps ahead that feel right for me.

My TAE process developed into how to position myself before any storm on the horizon, not just climate change. So I feel like I’m ready to go with coronavirus, straight into action, without the weeping and wailing. Action, in the instance of corona virus, means:

I am moved and grateful to Merilyn Mayhew of Sydney, Australia for this rich essay on her transformational process in my 7-week online class in Thinking at the Edge (TAE). Merilyn and I want to share her story of how TAE led her from helplessness to hope on climate change. This attitude has extended to her actions around COVID-19 as well: