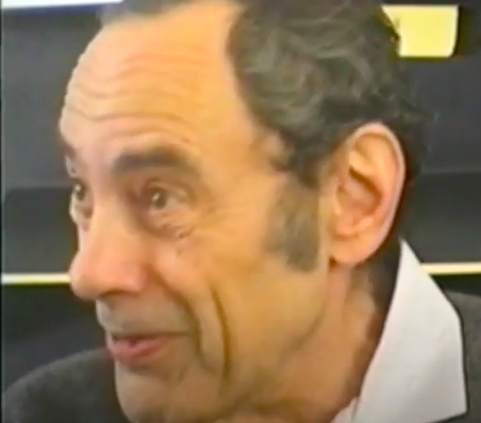 Focusing is a practice, not a theory. My friend Susana Alvarez from Argentina recently posted a saying that roughly translates to: “Communists until they get rich, lesbians until they get married, atheists until the plane starts to fall…”. I wrote back, “But Focusers forever.”

That’s because, by Focusing,  we tune into our own felt experiencing as long as we have bodies, to get our own body perspective on what’s happening.

Right now I am translating parts Marshall Rosenberg’s Speak Peace in a World of Conflict. I’m translating it into Spanish to be sure that I am faithfully transmitting his theory to my students in Latin America. His theories are extremely enlightening.

However, I have studied Gendlin. Therefore, I want to make sure that theories never become more important than the lived experience of my students.

Apparently Gene Gendlin used to entertain himself when he was young by absorbing various theoretical frameworks and seeing that he could out-argue proponents of those theories from within the frameworks they espoused. He could do it because he saw them all as “conceptual frameworks”, whether Marxism or evangelical Christianity, or what-have-you.

This awareness is so revolutionary! It could mean so much for peace if people could be taught from childhood to value their living experience rather than having to fit themselves into a theoretical structure.