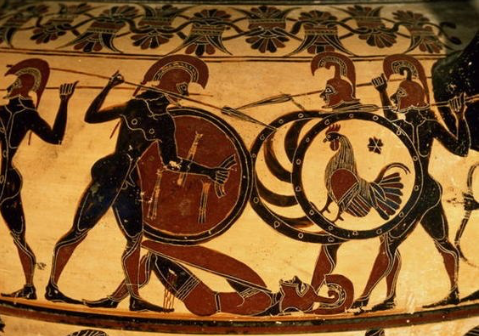 I am going to give you a play-by-play example of Focusing from my own life.

Triggering experience: I was at an online meeting with a group of friends. We started meeting over 25 years ago. We all used to live in the same small town, and had formed a support/listening group with each other while we all had young children. We each would take 15 minutes to share whatever we were going through without being interrupted. This “15 minutes for me” proved invaluable to us all as we navigated the seas of motherhood and selfhood.

So here we were, reunited after several years of not meeting. Five of us were together in one room in the town where we used to live, and myself and one other were online, via Skype. Skype was not working well, and I was getting increasingly annoyed. I had suggested before the meeting that we could meet by Zoom, which works much better than Skype when there are more than 2 computers involved. But no-one had encouraged me to pursue this idea, and I had not insisted. My annoyance with the inadequate technology was affecting my sharing when my turn came up.

Later I decided to Focus on this, because I didn’t understand why I had been so upset. In one way, it seemed like such an unnecessary attitude on my part. I hadn’t devoted a lot of energy to thinking about the technology before the meeting, and I had not prepared an easy way to shift over to the new technology if problems arose. So why couldn’t I just accept that, instead of getting mad about it? Also, I noticed I was blaming people in the group for not listening to me about the technology. I could have judged myself for overreacting and left it at that, but luckily, I had a Focusing partnership coming up, so I decided to look at what was going on that had made me so upset.

What came to me first: “I know that Zoom is much better than Skype for multi-person calls because I use Zoom all the time for my online classes. The other people in my women’s group don’t have to deal with these issues all the time, so they aren’t aware of the potential difficulties. If I had thought about it more, I could have gently guided everyone over to my Zoom room and used my experienced knowledge to set up a more successful online meeting.”

I noticed something in me that didn’t want to impose, didn’t want to insist, even though I clearly had the knowledge and experience to make the meeting better. The “not wanting to impose” felt like a buzzy, chaotic sensation in the lower part of my head. When I noticed and welcomed the sensation, I could feel that there was much more going on there. The feeling lowered into my throat, as if there were a war going on between two opposing tribes. “Yes, there does seem to be a lot going on inside about all this”, I realized.

I stayed with it in a Focusing way, and soon I could sense that the war was between my mother and my grandmother. My grandmother projected an aura of self-confidence. She was sure of herself. This led her to a lot of successful creative endeavors which are unbelievably inspiring. But her self confidence did not leave room for other people, especially for my mother, who was always doing her best to follow in the footsteps of her mother, all the while feeling an inner frustration and resentment at not being seen for her own merits, her own selfhood.

The felt sense of a battle had lowered into my body, where I could feel it as a pressure in my heart. As I stayed with it, I could feel that my loyalty was to my mother, and that implied a rejection of my grandmother’s tendency to steamroll those around her. In a restaurant, my grandmother would imperiously send food back if it were not to her liking. I always found that embarrassing. It seemed to symbolize everything I rejected about my grandmother, everything I didn’t want to be.

I could now see that insisting on having the right technology for my women’s group meeting reminded me too much of my grandmother. Even though I was very familiar with a better system, it would have meant imposing my will on the group if I had insisted on using Zoom. It was less complicated internally for me to just go along, without sharing what I know. That way I could maintain my inner loyalty to my mother, and not risk becoming a steamroller of others, like my grandmother.

Wow, interesting. So what is this showing me about my larger life now?

It came to me that I want to emerge from this period of my life with more confidence to share what I know. To find a balance between sharing what I know and feeling that I am imposing on others.

That evening I was going to go to a dinner for cancer survivors. I could feel myself facing the dilemma all over again–how can I share what I know in this new group of people who don’t know me? I realized that I could go to the dinner “armed” or “prepared”, by making copies of articles about the research done with Focusing and breast cancer by Doralee Grindler Katonah and Joan Klagsbrun. The research shows that even doing simple Focusing exercises like Clearing a Space, can prolong the lives of cancer survivors. This gave me a jumping off point for sharing what I know. At the end of the dinner, there was a brief time to introduce oneself and say what we were involved in. I mentioned the articles, and several people asked me for information afterwards.

So, gentle reader, if you have gotten this far, I have been describing an experience that can happen in a Focusing partnership.

I had an uncomfortable, triggering experience. I Focused on it with my partner and found that there was a lot more going on there than I had been aware of.

I already have a negative and a positive “instance” of the way this acts in my life:

Instance 1: I got angry at my women’s group for “not listening to me” about meeting on Zoom instead of Skype, even though I had not really explained the advantages or set things up to implement what I know.

Instance 2: I went to the cancer survivor’s dinner “armed” with articles about how Focusing has been proven to increase longevity in cancer survivors. It led to several inquiries about Focusing.