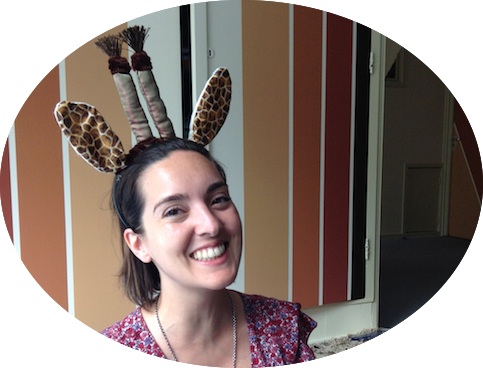 Focusing and Nonviolent Communication are inter-related.

NVC brings the awareness of beautiful human needs and how naming and blaming divert us from expressing what we need. Then Focusing can give us insight into ways that we can fulfill that need.

The bodily felt sense that is at the center of Focusing practice, shows us what our needs are, if we learn how to pay attention in a kind and gentle way. Giraffe language teaches us to look for feelings and needs instead of  judging, analyzing, diagnosing, giving advice, etc.

Focusing teaches how  to listen beyond  concepts and theories, to what is real inside us. In the Netherlands and the UK, I shared simple NVC games that we use in El Salvador to teach Listening, self empathy, implicit intricacy (the many-faceted nature of the bodily felt sense of a situation), resonating between words and the felt sense, and that the Focuser is the one who knows what he or she is feeling.

Participants felt that these games were helpful for themselves and in their work.

Many thanks  to Harriet Teeuw of  Nijeholtpade, Friesland; to Erna de Bruijn and Christine Langeveld of Focus Centrum  Den Haag; and to Mohamed Altawil and David Harod of the Palestine Center in Hatfield, UK, for arranging these workshops for me. And thanks to Harriet and René for making it possible for Nicolas Areiza from El Salvador to attend the weeklong training in Being Seriously Playful. It was a transformative experience for all!

The photo is of psychologist and woman-of-the-world Branca Sa Pires of Portugal modeling the giraffe ears I made.

Here is a beautiful quote from MonseÃ±or Romero that could be used to introduce Focusing, the Pause, Thinking at the Edge (first in Spanish, then in English):

“We live very much outside ourselves.
Few people really enter inside themselves,
and for this reason, there are so many problems.
In the heart of each person there is a small, intimate place [like a monk’s cell], where God comes down to converse alone with us. That is where each person decides his or her own destiny, his or her own role in the world.
If each of us who have so many problems, in this moment, would enter into this small cell, and from there, listen to the voice of the Lord, that speaks to us in our own conscience, how much could each of us do
to improve the environment, the society, the family
in which we live.”
–MonseÃ±or Oscar Arnulfo Romero,
from his homily of July 10, 1977

Here is a beautiful quote from Monseñor Romero that could be used to introduce Focusing, the Pause, Thinking at the Edge (first in Spanish, then in English):

“We live very much outside ourselves.
Few people really enter inside themselves,
and for this reason, there are so many problems.
In the heart of each person there is a small, intimate place [like a monk’s cell], where God comes down to converse alone with us. That is where each person decides his or her own destiny, his or her own role in the world.
If each of us who have so many problems, in this moment, would enter into this small cell, and from there, listen to the voice of the Lord, that speaks to us in our own conscience, how much could each of us do
to improve the environment, the society, the family
in which we live.”
–Monseñor Oscar Arnulfo Romero,
from his homily of July 10, 1977

Science tells us we are basically machines,
that consciousness, meaning, and spirituality are
Impossible…and yet…
Since we humans are here,
we can be certain that
we are not impossible.

A conceptual model of “reality”
that makes us seem impossible
has to have something wrong with it.

For a wonderful introduction to Gendlin’s philosophy, go to http://lifeforward.org/id2.html

This afternoon, 4 “empathizers” showed up on the daily conflict resolution call from 4-6. There was Jesse from North Carolina, Harald from Portugal, Jonathan from Scotland, and myself.

There were no “takers” for our services, so we ended up having a fascinating discussion for 2 hours.

The calls that Jonathan and Jesse have been in on had to do mainly with problems within the movement, like friction between protesters and homeless people who have been living in places that are now Occupy sites, or who have joined Occupy sites. Jesse pointed out that often this is the first contact protesters have had with the realities of poverty in the US. Also mentioned were dealing with the reality of winter coming and of inner resources wearing thin.

While admiration was expressed for the way the movement is self-organized and not willing to define itself yet in one way or another, there was also concern that there needs to be inquiry into what we DO want. Visioning needs to be done about the society we want to create.

Jesse observed that in the day to day necessities of survival in the camps, not enough time and attention go into connection to self, in ways that can renew inner resources AND lead to the visioning and thinking process. Those actively involved in the protests often have had no experience with the value of empathic listening or thinking from the felt sense.

If deep listening and thinking in new ways are not incorporated into the movement, there is the danger of easy enemies being targeted: there might be no real recognition of the part we all play in having created this societal and economic structure that doesn’t work anymore. We run the risk giving all our energy to “removing Mubarak” (in the US, the “one percent”) but having no real and lasting change.

We agreed that the kind of empathic listening that we offer can do a lot to facilitate the change that needs to take place.

We somehow need to build trust in our services and get people to experience the value of touching into what is emerging from inside, both to prevent burnout, ease pain and aid the new thinking process.

Jesse’s observation from listening to the protesters was that “a lot of the pain is from raw confusion of what to do next.”

From my perspective, it would be great if all the people familiar with Focusing and Thinking at the Edge could inundate the Occupy Wall Street groups, pencils in hand. It could go a long way to allowing fresh thinking and action to emerge.

It felt to all four of us that human interaction is uniquely central to these protests, and therefore those of us familiar with Focusing, NVC and other tools for peace really need to take our place as part of it. We need to let the protesters know that we are there for them not just when conflicts erupt, but also to listen deeply to their ideas, discomforts, and soul urgings, so that the movement can really express the richness it wants to bring to the world.

Focusing is a simple way of connecting with our deeper selves.  In the rush of our everyday lives it can be hard to reach inside and get a deeper sense of what we are truly experiencing.  It can be hard to reach beyond the habits that define our lives.  For me, focusing with another person creates a space, a shelter from the whirl of my own “shoulds” and the feeling that time is so limited.

When I am focusing it is as if time expands.  I really love that this is not therapy, it is self care and  helping each other.  I enjoy listening to another person’s process and I feel honored that my presence can make a difference.

Focusing is simple, basic self care at the deepest level.  It is a special way of connecting with other human beings.  In the time that we live in, stress fills us and it can be very hard to find peace with the turbulence within.  Focusing can help us find a valuable space to pause amongst the rush and look within.
–Susie

“She just didn’t hope. Didn’t know how to begin to hope.
I imagine that after thirty years the machinery for hoping requires more than twenty-four hours to get started, to get into motion again…..

“And she was still groping, you see. She was still trying to find something which that mind which had apparently not run very much in thirty years, could believe in, admit to be actual, real. And I think that she found it there, at Hightower’s, for the first time: someone to whom she could tell it, who would listen to her. Very likely that was the first time she had ever told it. And very likely she learned it herself then for the first time, actually saw it whole and real at the same time with Hightower. “